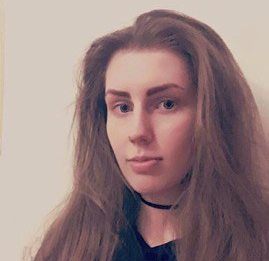 Their cities have fallen and the ground they once occupied is now smouldering under the control of another occupier – they may not have a physical, geographical territory, but IS is still a state. It’s a state of mind.

Raqqa became the centre of the self-styled “caliphate” in early 2014, and clearly signalled the arrival of a brutal group that stormed straight into the centre of international affairs. IS, however, was in existence far before this, being traceable to  al-Qaeda which was formed in Afghanistan in 1988, and extended by al-Zarqawi into Iraq in 2004, where the early version of IS as we know it today was formed. By 2013, the organisation was carrying out multiple attacks every month in Iraq. The rapid growth of the group was increased by a merger with forces in Syria, following this the group began to control territory, beginning with Fallujah in December 2013.

The organisation gathered momentum at an astonishing rate. The turmoil of the Arab Spring was the perfect backdrop for the expansion of IS – the ideal cover to grow and expand in the shadows of violence. An organisation born into violence will only know violence, and this was reflected in the condemnation IS received. The criticism was so extensive that even al-Qaeda leaders considered the tactics of IS to be too extreme.

Despite this however, IS grew, and claimed to have fighters from all over the world; and based on recent research, this is not just a claim. An estimated 27,000 to 31,000 people from 86 different countries have left their homes to fight for IS, according to a report by the Soufan group.

Furthermore, their actions have not been limited to within the confines of their territory. They have claimed attacks in Paris in 2015, which killed 130 people, and attacks in Brussels in 2016, that killed 32 people. These were horrific attacks, but IS presents another problem as well.

A key element of a ‘state’ is that it has a clear and defined territory. However, the ‘citizens’, (or followers), of IS are all over the world, most likely in almost every country, and almost definitely in at least 86 countries, and this is where the problem lies. As countries around the world busy themselves with air-strikes, backing Syrian fighter forces and vowing to destroy IS, they treat IS as if it is a state. But it is not. To truly destroy IS, you would need to bomb almost every country in the world and destroy essentially every citizen, because anyone can become susceptible to ideas. Anyone has the ability to learn and change and adapt to the times and to new ideas. Everyone, it seems, except for political leaders.

The infuriating inability of politicians to change with the times and adapt their methods of combat and strategies to defeat IS is presently counteracting all their current efforts to defeat the group. They are not even bombing IS. They are bombing Iraq and Syria. They are vowing to defeat IS, but within – for the most part – limited geographic confines, despite the fact that IS is global. They are bombing and fighting everything but IS. No matter how much land they destroy, and no matter how many people they kill, they do not kill or even wound IS.

This may seem inaccurate, considering that, for example, Raqqa has fallen to US-backed Syrian fighters. IS seems to be collapsing, and crumbling to the power of the West. However, it is the opposite, all it does is prove how the West has horrifically failed to combat IS. Very recently, US officials have been claiming and warning that IS groups are planning another 9/11 style attack. This highlights the fear and the hold that IS has over people’s minds all over the world; and in addition IS holds many people’s minds as people support them and share their ideas.

Whether we admit it to ourselves or not, IS has a hold over us. They’re in our heads and control our minds and can influence our lives and decisions. It does all this from a tiny, undefined ‘state’, but whilst it might not be a ‘state’ in the political sense of the term, IS is definitely a state of mind, which is a state that no amount of bombing or fighters can tackle or destroy, and renders pointless the efforts of the West that combat only the surface problem.