For years the US-Saudi relationship has been an irritating itch, one that is not understandable and blatantly one sided, but what the recent assassination of the journalist Jamal Khashoggi shows is that this relationship will endure reflecting one of those cringey bromance scenes where it is obvious that one of the two clearly loves the other more, and the other knows and openly exploits this one-sided relationship.

END_OF_DOCUMENT_TOKEN_TO_BE_REPLACED

Nearly 7 years have elapsed since the Syrian Civil War began. 7 years during which half a million people found their untimely death, according to the Syrian Observatory for Human Rights. To this horrific number must be added the 7 million Syrians that are currently internally displaced, and the 5 million Syrians that became refugees, with demographic consequences seen as far as Germany. It would be unreasonable to attempt to make sense of this tragedy as of yet, however I will underline some of the lesser known contributing factors to the conflict, and try to shed some light on the confusing peace process that has occupied a preponderant spot in the media recently.

END_OF_DOCUMENT_TOKEN_TO_BE_REPLACED

After nearly 1,000 days of conflict, the crisis in Yemen has resulted in one of the largest hunger crises in human history, claiming an unprecedented number of lives, and made worse by a cholera outbreak. Now, 27 million people, equal to over 1/3 of the population of Britain are in urgent need of aid. The only accurate imaginable comparison is with fictional District 12 in the third Hunger Games film (unimaginable suffering and destruction, for those unfamiliar with the franchise). With all this turmoil in one of the poorest countries in the Middle East, it would be logical to have seen some form of international response; but what if anything is being done about this quickly escalating crisis?

END_OF_DOCUMENT_TOKEN_TO_BE_REPLACED

Their cities have fallen and the ground they once occupied is now smouldering under the control of another occupier – they may not have a physical, geographical territory, but IS is still a state. It’s a state of mind.

END_OF_DOCUMENT_TOKEN_TO_BE_REPLACED

Nearly 17 decades have passed since the women’s rights movement started in Seneca Falls, New York. Over those decades it is evolved into the intersectional feminist movement many people are familiar with now, championing issues that women and minorities face globally.

END_OF_DOCUMENT_TOKEN_TO_BE_REPLACED 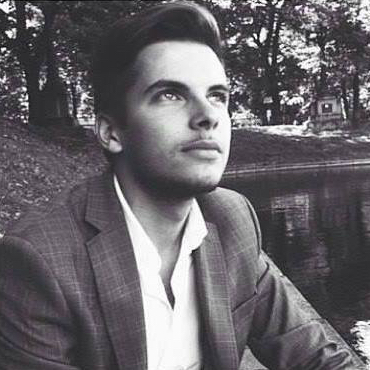 The voting patterns among the Russian-speaking people in Israel. Part 1.

The Russian Speaking Israeli people have voted differently in all Israeli General Elections. The primary reason for several switches from one side to another was that the Russian speakers were vulnerable to propaganda. Not all Russian Speakers are ethnic Jews because the non-Jewish family members could migrate to Israel alongside their Jewish spouse. Thus, this article will cover the issues in both Jewish and non-Jewish circles inside Israel.